Big imaging data — comprising complex and enormous datasets of raw data and metadata — are often difficult to store and analyze. In fact, such data that can run into terabytes per day, simply can’t be stored or accessed on a laptop or workstation. As a result, labs across the world are forced to build their own software stack. But, these tools that are often maintained by students come with their own challenges as students graduate and move on. 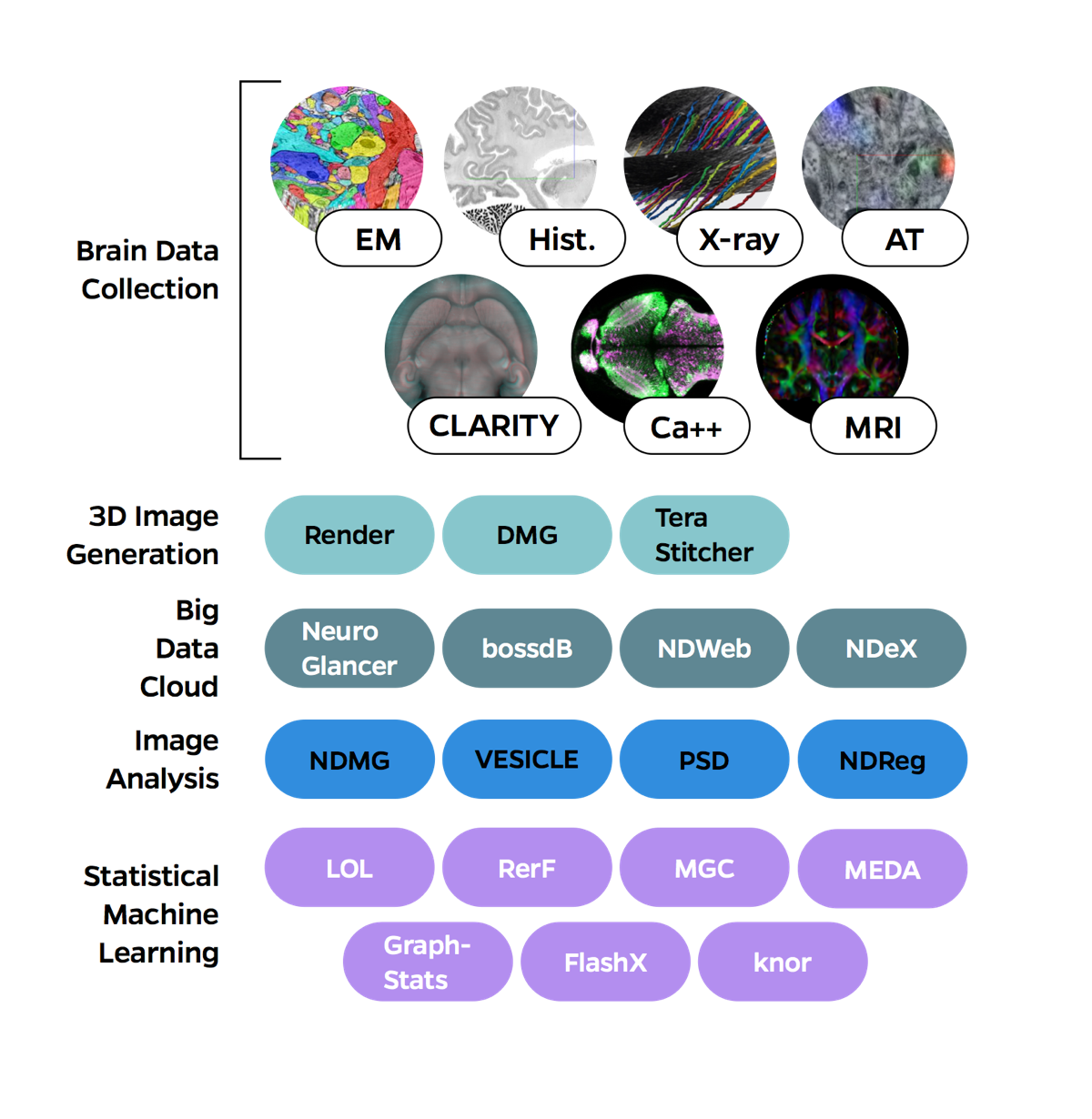 NeuroData's open-source software ecosystem includes a combination of existing software tools such as Render and projects that NeuroData develops and maintains including DMG and MEDA.

Recently, researchers at Johns Hopkins University, Allen Institute for Brain Science, Google, Janelia Research Campus, and the Applied Physics Laboratory collaborated to build an open-source, community-built, software ecosystem that can store, visualize, and analyze data in the cloud. According to Joshua T. Vogelstein, Assistant Professor at Johns Hopkins University and an author on the pre-print describing the project, this repository — referred to as NeuroData — spans more than 20 publications and more than 100 terabytes of open access data including nanoscale ultrastructure, microscale synaptogenetic diversity, and mesoscale whole brain connectivity, making NeuroData the largest and most diverse open repository of brain data. Some databases contain annotation datasets, which provide semantic objects for volumetric analysis. As a result, scientists can investigate image quality from different technologies before deciding which ones to adopt. NeuroData also allows scientists to access and analyze disparate data with the same functionality and syntax, to develop more coherent and comprehensive models of the function and dysfunction of nervous systems.

To build NeuroData, researchers integrated other existing open-source projects, adapting and expanding them to suit specific needs. In addition, researchers work with open-source developers across organizations and institutions to add features and build plug-ins, based on ever-changing needs and requirements.